Home » What’s the Deal with ‘Clown Contouring’?
Previous Next

Social media has been blowing up over the past week and a half with women posting pictures of themselves with the latest makeup technique, clown contouring. So what exactly is going on with this new contouring style? It’s not quite as simple as a new way of putting on makeup. 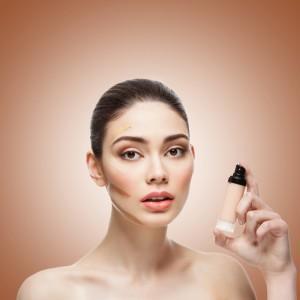 The trend started when YouTuber/makeup artist Belladelune, who shares makeup tutorials with her subscribers, teamed up with fellow vlogger Makeup By Alo in a short Instagram video. The video featured a still photo of the finished product of both women, with short videos of them using this circus-inspired technique and blending. Both women are clearly having a fun time getting creative with their makeup before blending to get a phenomenal look.

The women were inspired to create this new technique because of the oft-repeated insults they get for choosing to wear makeup—‘you look like a clown’ being chief among the phrases hurled at them. In an extended video that was later uploaded to YouTube by popular demand, Belladelune explains that even though no one needs to wear that much makeup, or really any makeup at all, makeup is fun and she is going to do what she wants. In a world where women really can’t have it either way—you’re expected to always put on your best face, but when you use makeup in a way that you enjoy but doesn’t conform with other peoples’ expectations, you’re called a clown—it’s very refreshing to see women stand up for themselves in such a fun way.

The choice to wear makeup or not is exactly that—a choice. Who is anyone to judge another for doing something that they not only take great joy and pride in doing, but for doing something that ultimately makes them feel better and more comfortable? These women, and everyone else who is sharing their clown contouring selfies, are very clearly telling all their haters that they really couldn’t care less about their criticism—they’re going to keep having fun with their choices. This trend has the perfect amount of sassiness to it, and I hope it helps other women—whether they wear a lot of makeup, or just a little, or none at all—to be at peace with their choices and do whatever makes them the happiest.

Not only are these women standing up for themselves in a great way, but they’re also showing off their incredible talent. Contouring is a difficult technique to master, and to get such beautiful end results with so much creativity is so impressive. So, kudos to you Belladelune, I love the choices you’re making, and you look hot as hell in your skillfully applied makeup!