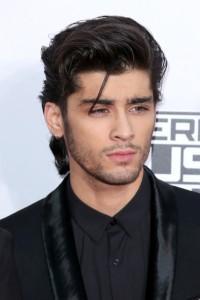 Since breaking the hearts of teenage girls everywhere when he decided to split from One Direction, Zayn Malik has been pretty tight-lipped about his plans for the future. It was pretty quickly reported that he was in the recording studio working on solo stuff, but since those first reports the former boy-band heartthrob seems to be more or less avoiding the lime-light. However, that hasn’t stopped him from stepping out with a brand new look—a more mature one that I absolutely love.

He’s very publicly been trying out some new looks to go with his post-One Direction style. In a few short weeks at the beginning of June he tried out bright purple, lime, green, and even white hair before settling with some blonde locks, looking like he’s ready to step onto the high fashion runways of Paris or Milan with these avant-garde choices. There have even been a few whispers here and there saying that his appearances at Men’s Fashion Week in Paris might be hinting at some type of career in fashion.

It’s no secret that Zayn is super creative and loves visual arts (just take a look at his tattoos), so I think it would be fascinating what he could contribute to the world of fashion. Now that the 22 year-old singer is all grown up, and with the shake-up of leaving the group that catapulted him to stardom, it’s very possible that he’s looking toward the future of his own personal brand. It would be a great way to distinguish himself as a solo star if some fashion collaborations were to follow the release of his upcoming music. He continually proves that he has great taste, always stepping out in smart suits on the red carpet and nailing the cool casual look in paparazzi photos. Stepping into more serious ventures in the fashion world might help him shake his boy band status and help convince new fans to take him more seriously.

Though his future might still be unknown to the public, whatever he does next is sure to delight his many fans. I can’t wait to see what kind of music (or other ventures) are going to accompany this new look!