Here’s the Truth About Botox

Home » Here’s the Truth About Botox
Previous Next

Here’s the Truth About Botox 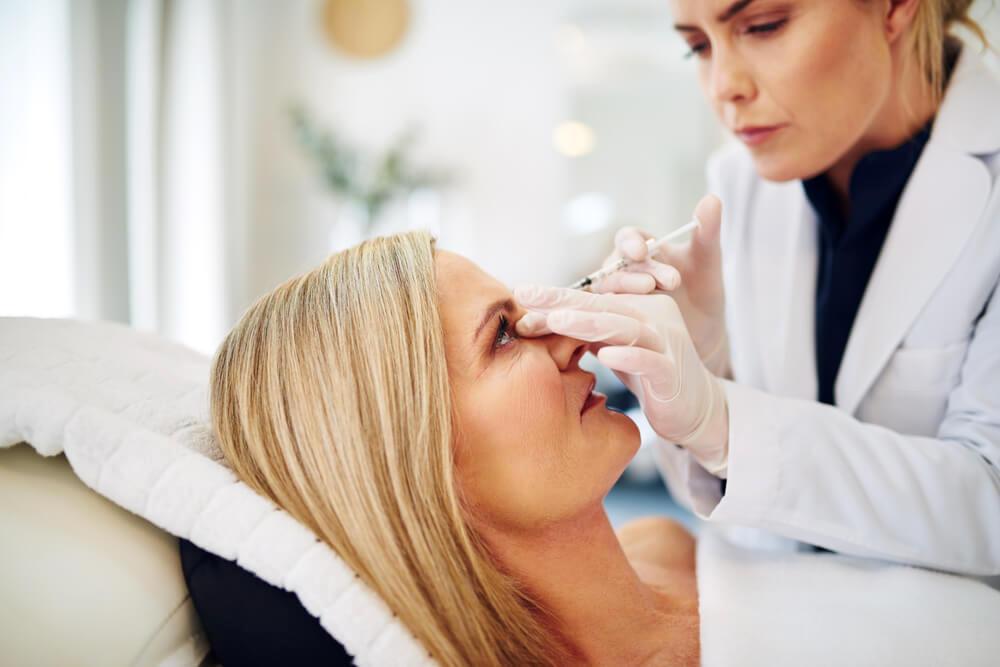 You have likely already heard about Botox, and how this is often viewed as a miraculous and instant fix to wrinkles and sagging skin.

Botox is one of the most popular cosmetic treatments in the world, and its popularity is steadily on the rise.

Is Botox something that you have considered?

Well, before taking the plunge, make sure that you know the truth about Botox first…

What Exactly is Botox?

Botox is actually a trade name for a substance called the Botulinum toxin, which is a neurotoxin that is produced by a certain type of bacterium.

Where does the bacterium come from?

It is found widely in the natural environment, and can be derived from everything from the soil to forests and lakes.

How Does Botox Work?

Just like with any other neurotoxin out there, Botox targets the nervous system, disrupting the flow of certain signals that enable your neurons to properly communicate.

Simply put, Botox is a poison that is able to block your muscles from contracting.

If this occurs within your body, it can be quite dangerous.

Well, for example, if Botox entered your lungs, it would stop them from contracting, which would therefore prevent you from being able to breathe.

Botox works in the same way when applied to the muscles that surround your wrinkles and fine lines. It prevents them from moving and causes them to relax, basically paralysing them. This then smooths out any wrinkles or fine lines that your muscle contractions have caused.

These effects were first noticed in the late 1980s, when Botox was used to treat muscle-related eye problems, such as lazy eye, twitching eye and squinting. The specialists administering the treatment noticed that in addition to helping out with the eye problems, the injections also resulted in reduced wrinkles and fine lines around the eyes.

In 2002, Botox was granted cosmetic status, and, in 2006, became the most popular cosmetic treatment in the USA.

What Else is Botox Used For?

While the most common use of Botox may be for clearing wrinkles, this treatment, as mentioned above, has a number of other uses too.

Botox is a Prescription Medication

Many people are surprised to learn that Botox actually requires a prescription, meaning that only a doctor or a qualified nurse will be able to legally perform the treatment. Before you are prescribed Botox, you will need to speak to your doctor about your full medical history, in order to determine whether or not you are a suitable candidate.

When it comes to the dosage of Botox…

This is something that is extremely important.

Botox is measured in units, and the amount of units used for a treatment is also how the cost for each treatment is calculated.

The dosage of Botox administered depends on what you are trying to treat, as well as the results that you are hoping to achieve. It goes without saying that higher doses would paralyse your muscles more than lower doses.

When it comes to cosmetic treatments, between 4 and 25 units of Botox are usually required. However, for the other medicinal uses mentioned above, a measurement of up to 300 units may be needed.

For those using Botox for the very first time, a low dose will likely be used, no matter what you are trying to treat.

Because this enables your doctor to see how your body and skin reacts to the injection, ensuring that you are able to tolerate it before continuing on with a higher dose.

The Botox Procedure for Wrinkles

The actual procedure for Botox is extremely quick, taking no more than a few minutes, and doesn’t require the use of anaesthesia. This convenience has more than likely contributed to the increasing popularity of Botox.

Before undergoing Botox, you will likely need to cut out alcohol, as well as aspirin and any anti-inflammatory medications, for a couple of weeks prior to your treatment.

Because this will help to reduce the amount of bruising experienced.

For the actual procedure, a fine needle is used to inject the Botox into specific muscles.

Wondering if it hurts?

No, thanks to the way in which the needles are extremely fine. All you will likely feel is the sensation of a light scratch.

After the injection, it will take about three to seven days for the Botox to start having a noticeable effect.

How long will these effects last for?

Usually between four to six months, after which you will then need another treatment in order to clear away the lines that have reappeared. While this may be the case, many find that their returning wrinkles aren’t quite as severe as they used to be, and this is because of the way in which regular Botox injections slowly train the facial muscles to properly relax.

Of course, there are always exceptions…

Around 1% of people who have received Botox have a genetic predisposition that makes them react unusually to the treatment. When injected, their bodies develop and release antibodies to the toxin in Botox, meaning that any subsequent treatments you have will not end up working, due to your body fighting this off.

Don’t have many wrinkles but want to try Botox as a preventative measure?

You would likely be best off opting for some of the Botox alternatives mentioned further on instead.

Because Botox is a medicine, so you really only want to use it when you actually need it.

With Botox being quite similar to a poison, it is only understandable to be worried about the side effects that the treatment can have.

Here are a few of the most common side effects:

Wondering if these side effects are experienced by everyone who undergoes Botox?

Definitely not. The side effects mentioned above are quite rare, and the most common cause of them is having your Botox administered by someone who is not properly qualified. This is why it is so important to ensure that your practitioner is fully trustworthy.

If you do experience any of the side effects, they will all likely resolve themselves within a couple of weeks, without the need for any extra intervention.

How can you know whether or not a doctor is properly qualified to treat with Botox?

Well, although it is not required of them, there are many professional organisations, such as Treatments You Can Trust and The British Association of Aesthetic Plastic Surgeons, that doctors can sign up to. These organisations will have set entry requirements, and these usually include advanced levels of training and experience, while also requiring doctors to take a pledge to follow the organisation’s ethical and moral standards.

Is there anyone who shouldn’t have Botox?

Yes. If you are pregnant, or are suffering from a skin condition at the site where you intend for the injections to take place, then Botox should be avoided.

When it comes to your age…

Many doctors won’t perform Botox on anyone under the age of 25, and rightly so, since wrinkles are usually not developed enough before then in order to warrant the use of the injections. However, there is no set age as to when you should or shouldn’t get Botox. If you look in the mirror with a relaxed face, and you can still see noticeable wrinkles or fine lines, then you could be a suitable candidate for the treatment.

There are other injectables that have a similar effect to Botox, with the most popular one called Dysport. Just like Botox, Dysport is a neurotoxin that is made from the same type of bacterium that Botox is.

What’s the difference between the two?

Dysport tends to have a slightly faster effect, although the overall results are pretty similar.

Dysport is also less expensive per unit. However, due to its structure, higher doses of Dysport are required in order to have the same effect as Botox, meaning that the final cost for the two is usually quite similar.

Looking for a non-injectable alternative to Botox?

While these won’t have an effect to quite the same extent, there are many non-injectable alternatives that can still bring about a significant reduction in facial fine lines and wrinkles.

Here are a few ideas to try: 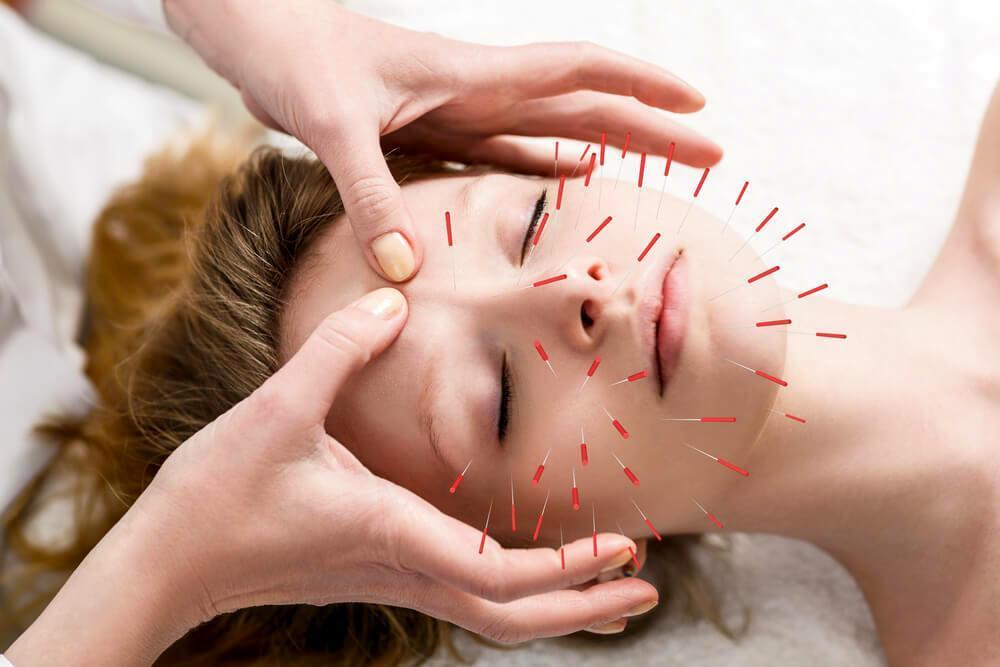 Determining whether or not you should get Botox is an extremely personal decision, and, if you do decide to go for it, you need to make sure that your choice hasn’t been influenced by anything or anyone else. While Botox may be effective, it is always worthwhile giving some of those other methods a try before opting for the injection. Not only are they more natural, but they are also much cheaper, and don’t have the same side effects.